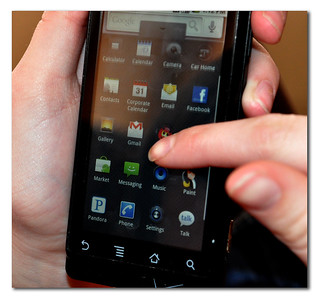 Jake’s Law And Its Impact On Distracted Driving

A recent study published by the Pew Research Institute indicated that more than 90% of the population in this country now owns at least one cell phone. With more mobile users than ever, it is little wonder that cell phone usage extends beyond simple phone calls or text messages made at home or the office. In fact, many people think nothing of holding a conversation or sending off a few texts while they are driving their car.

However, using a mobile device while driving is increasingly being called into question, and many states have taken steps to ban it altogether. The passing of Jake’s Law in Maryland, as well as other legal steps taken in other states, can cut back on incidents of distracted driving because of cell phone use in several critical ways.

Ramifications Beyond Misdemeanors and Fines

Many people believe that when they are involved in an accident, that obtaining legal help will be costly. Most people don’t realize that the attorney is actually paid by the insurance company. However, there are other fines and fees associated with a distracted driving case.

Up until recently, drivers who caused crashes because they were talking or texting on a mobile phone typically faced few significant ramifications for their behavior. The confines of the laws stipulated that these offenders could only be punished with misdemeanor traffic charges or monetary fines that arguably, amounted to little.

With the passing of Jake’s Law by the Maryland General Assembly, however, drivers convicted of causing a wreck because of using a phone while driving, now face at least one year in jail. The idea of going to jail, let alone causing a crash that takes an innocent victim’s life, has proven effective in sending the message that calling, texting, or otherwise using a mobile device while driving will not be tolerated in that state.

Other States are Following Suit

Other states have taken the lead that Maryland has offered by considering or passing similar legislation. In fact, the Governor’s Highway Safety Administration notes on its website that 12 states, as well as the territories of Guam, the U.S. Virgin Islands, Puerto Rico, and Washington D.C, have passed legislation banning any use of a cell phone while operating a motor vehicle. These states and territories now allow police officers to pull over and cite a driver for using a mobile device while driving, even if that individual was not committing any other traffic offense, such as speeding or failing to use a turn signal. The law banning mobile devices is now considered a primary traffic offense in these states.

While other states have yet to pass laws making this activity a primary traffic offense, many continue to pass and consider legislation that prohibits novice drivers from using phones in any form while operating a car. Likewise, more states are passing laws that ban text messaging while a person is driving, with the state of Washington taking the lead in this legal action in 2007. While some people argue that they should have the right to make calls or send texts as needed while they are in their cars, states like Maryland understand that tragedies can occur with little notice, all because people were too busy calling or sending messages instead of paying attention the road before them.

With more people than ever owning and using cell phones on a daily basis, states are quickly catching on to the risks that come from mobile device usage while driving. Maryland and other state assemblies are now passing legislation such as Jake’s Law that are helping to put the dent in distracted driving.

Understanding that cellphone use can wait if you’re driving prompted Nadine Swayne to write this article. Distracted driving has become an ever growing problem that legislation is fighting hard to put the brakes on. With new laws being put in place, this dangerous practice will hopefully end.

Jake’s Law And Its Impact On Distracted Driving

Use Encouraging Words
to Motivate Positive Action
A $10 value! You will also be emailed updates for Artichoke Press.

Strengthen your relationship with your
partner and your step children.
Feel like an intricate member
of your stepfamily.
Click HERE to learn more.